I will apologize in advance, this is going to be a long one. But its also the last of the studio plunder. In no particular order.

It was toward the end of 2003 that we found that we were about to become parents. I will never forget how fast that stick turned blue. All three times.

A few days later, after I regained feeling in my limbs and started to think about it, I became fascinated with all things tiny. Having always been big, small was something new to me. All of my work for the next year became small. Tiny. Miniature.

My work had become an exploration in mini. The largest of the works was about 4 x 6 inches, which felt too large for them at the time. Most of them were about 1 x 2 to 2 x 3 inches. I explored all kinds of subjects. A few in color, most in pen and ink.

I still produce a mini now and then, just cuz. You can make minis any where. On the backs of business cards is one of my favorite places. 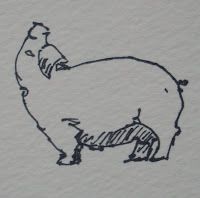 This was my sisters pet pig, Bacon Bits 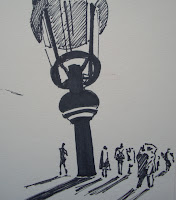 A crowd of people on the Champs Elysee. 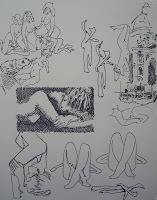 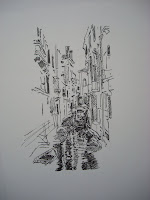 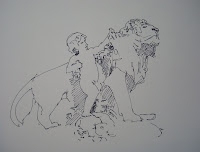 A bridge ornament in Paris. 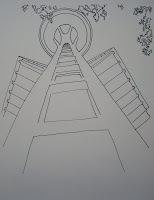 This is supposed to be water lilies at Giverny, France.

A park in London. We watched this guy feed squirrels for hours. 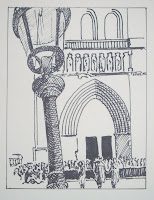 A church in Paris.

Where the Turf meets the Surf, at old Del Mar. 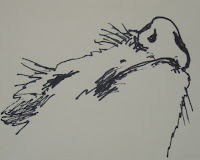 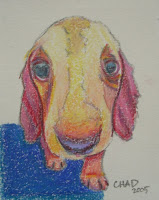 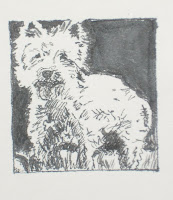 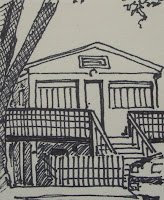 One of my old apartments in Ocean Beach. 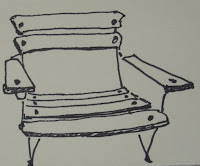 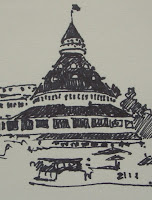 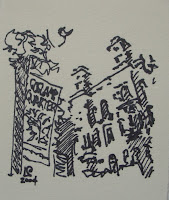 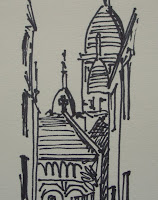 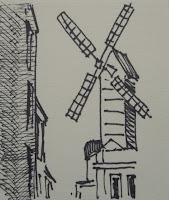 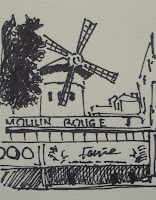 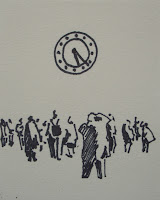 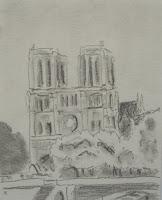 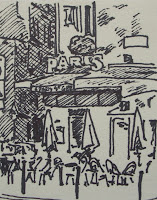 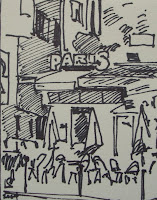 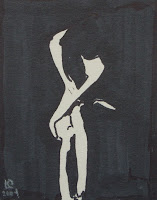 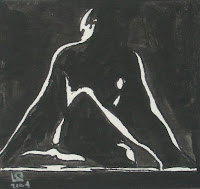 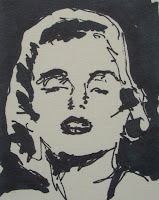 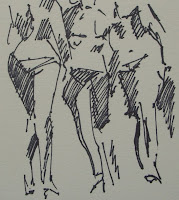 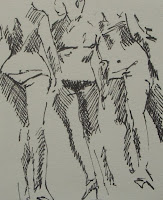 Girls in bikinis and heels 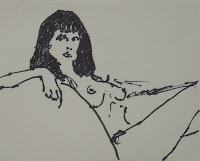 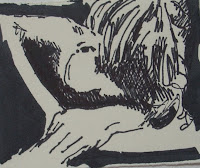 One of my Sorrow series. 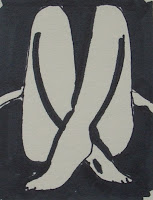 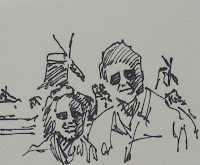 Precious and I in Amsterdam. You can't see it but we were standing in giant wooden shoes and holding bags of cheese.

And thus concludes the Studio plunder series of 2009. We'll see how things go after we move and I find a new studio space.
Email Post
Labels: Art Orginization Sharing